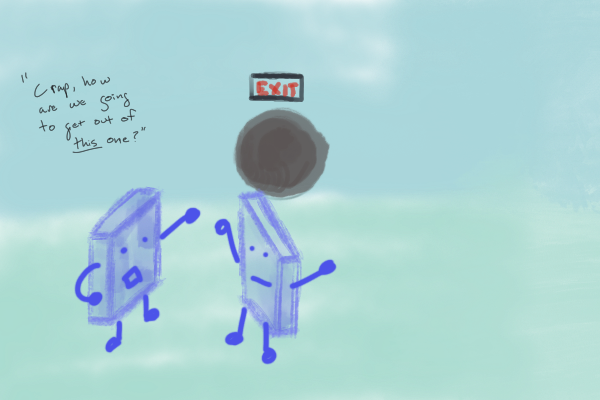 If you use Git BASH1 and Docker2, you may have tried to mount a directory from your host into a Docker container. This morning, I wanted to mount my current working directory into a Python3 container and get an interactive shell. The command I ran in Git BASH:

the error I received:

Huh? What’s causing this error? Why does Docker think my source path is C:/code/sandbox;C? Why does the path end in ;C?

To start, let’s simplify our command. Right now the command contains the ${PWD} syntax. This syntax is known as parameter expansion[^4] (more generally, this concept is known as string interpolation4. When our command is evaluated, the ${PWD} symbol will be replaced with the result of evaluating PWD5, or print working directory.

Why is Docker trying to mount C:/code/sandbox;C when the value of PWD is /c/code/sandbox? To understand that, we need to dig into something called POSIX path conversion.

Git BASH implements POSIX6, which is a set of standards that some operating systems implement. Windows, by contrast, implements the Windows API7. Since Git BASH is “speaking POSIX”, and our Windows host is “speaking Windows API”, and Docker for Windows is also speaking the Windows API, a translation is needed in order to handle communication between POSIX and Windows API boundaries. Specifically, the file path /c/code/sandbox is not a valid Windows path 8, so something needs to convert it – Git BASH handles this conversion for us.

When we execute our command, Git BASH interrogates the command string for any POSIX file paths that are used as arguments. If Git BASH finds one, it attempts to convert9 those file paths to Windows API file paths following the POSIX path conversion rules10. If an argument starts with a / immediately followed by a drive specifier (such as c), that argument is considered a POSIX file path and it’ll be converted.

Our -v11 argument, /c/code/sandbox:/usr/src/pwd, meets this criteria (because it starts with /c), so it will be converted.

To see this in action, you can run the following command in Git BASH: cmd //c echo /c/code/sandbox:/usr/src. This command is invoking the Windows cmd.exe program14, with the following arguments:

The result of the command should be something like C:\code\sandbox;C:\Program Files\Git\usr\src.

Finally, I’m assuming that Docker is splitting the -v argument on :, meaning that it would read the source portion of the [source]:[container] argument as C:\code\sandbox;C.

Now that we understand the problem, let’s explore a few solutions.

Another approach is to avoid the POSIX translation altogether by passing the whole command to the Windows shell:

Whichever solution you use, I’d recommend adding it to your .bashrc file. I decided to go with the second solution, so I have the following line in my .bashrc file: alias dh='cmd //c docker run --rm -it -v %cd%:/usr/src/pwd'. If I want to start a Python container and have my current directory mounted, I simply type dh python:3 bash.